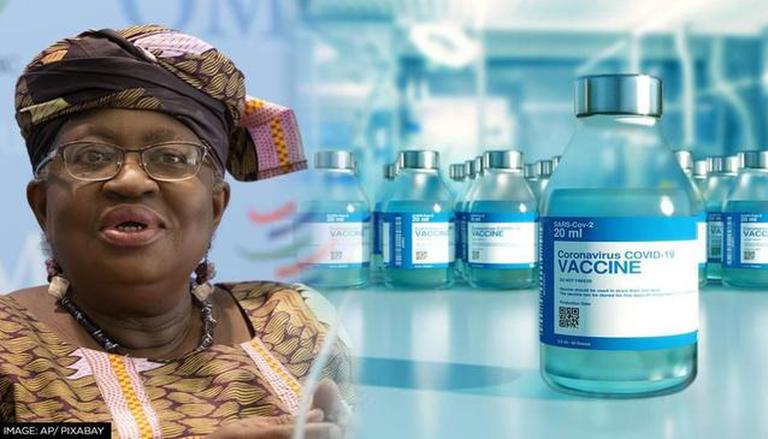 The first World Trade Organization (WTO) conference to discuss and debate a new draft agreement to temporarily suspend intellectual property rights for COVID-19 vaccinations went extremely well, said its president told the media on Friday. This came after top members of the WTO announced on Tuesday May 3 that they had reached an agreement on a proposed waiver of intellectual property rights for COVID-19 vaccinations in a bid to accelerate global deployments.

According to The Guardian report, the proposal of the members of the QUAD (the European Union, India, South Africa and the United States) is likely to be submitted to the full council, and if so, it could allow underdeveloped countries to manufacture COVID vaccines without having to pay licensing fees to Pfizer, Moderna and other pharmaceutical companies.

Furthermore, since taking office in 2021, WTO Director-General Ngozi Okonjo-Iweala has made vaccine equality her primary focus. She has been trying for months to reach a deal after an 18-month standoff, according to media reports.

In the case of the wealthiest countries, vaccination rates are currently between 70% and 90%, and many are considering the fourth round of vaccines. However, according to The Guardian, due to cost and lack of supplies, immunization rates in poor countries remain low. More than 30 countries have vaccinated less than 10% of their population, says multilateral leaders’ task force on COVID-19

Meanwhile, the pharmaceutical sector has raised its objection to the plan as critics say waiving patents will not solve vaccine inequities in the short term as production and supply difficulties will persist, The Guardian reported.

On top of that, the document revealed that the proposed deal still has unresolved issues, such as the waiver request period, which could be three or five years.

Apart from this, earlier in April, India had expressed concern over low vaccination rates in conflict-affected countries, stressing the need to address issues regarding COVID-19 vaccine access and deployment. global. R Ravindra, India’s deputy permanent representative to the United Nations, told the United Nations Security Council (UNSC) on April 11 that most of the world’s poor have yet to be vaccinated. He further claimed that in conflict-torn countries, vaccination rates are significantly lower.

According to the media, Ravindra claimed, “While we have made significant progress in the development of new COVID-19 vaccines as well as in their production, issues of equity, access, distribution and administration vaccines remain to be solved”.

Furthermore, Ravindra also reminded the UNSC that India has always been a strong supporter of the idea of ​​equality at the World Health Organization and that the country has requested a waiver of the TRIPS Agreement for COVID vaccines and diagnostics, and medicines at the World Trade Organization. (WTO).