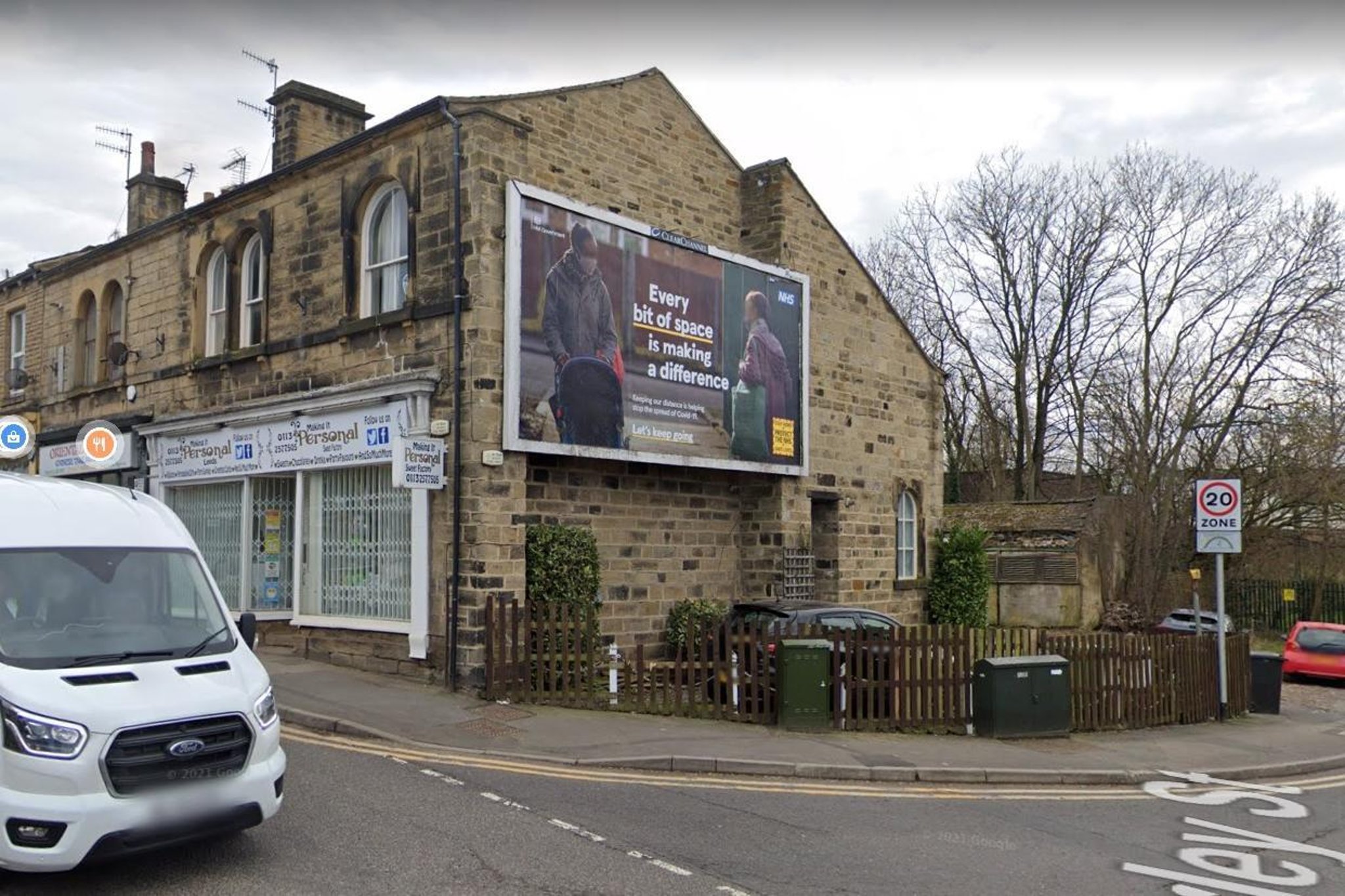 The company said the new proposal was “part of an industry-wide campaign to modernize and upgrade advertising infrastructure to meet modern demands.”

Register to our daily newsletter

“It is proposed to replace existing display advertising on billboards with identical dimensions with lightweight digital posters of the same dimensions,” the company added in the application.

“The quality of the images produced will mimic that of a traditional poster, with the overall goal of the project being to replace as-is without negatively impacting visual amenity or public safety.”

However, the plans were rejected by Leeds council planners who said the design was “at odds with the prevailing residential features and context of the area”.

A report attached to the denial states: “The local planning authority considers the proposed digital display advertising at this location to be unacceptable due to its scale, position, luminance and frame rate transition, which which would have the effect of introducing too prominent an image and an intrusive form of development in the residential context of rue Varley.

“As such, it would cause significant detriment to the visual amenity and character of Varley Street, which is primarily a residential setting, and would be unduly detrimental to the residential amenity of occupants who reside on the terraces of houses located directly across from signage on Varley Street.”

An appeal procedure can now be lodged by the applicant with the Secretary of State, following the rejection.

A similar proposal is currently under consideration on the same road – adjacent to 23 Richardshaw Lane.

Air Outdoor Media Limited submitted the application to upgrade the print advertisement to a digital billboard.

Among the opponents of the proposal is Pudsey Councilor Dawn Seary.

In a letter to the planning committee, she said: “I would like to object to the above planning request.

“I feel like the light generated by this billboard is too much in a residential area.

“It’s located near a zebra crossing and I think that might distract drivers.

“Additionally, where the council has declared a climate emergency, should it [it] encourage electrical panels of this nature?

‘May I ask that any notices of this nature be sent to councilors for their review as there appear to be a number of recent ones that have appeared around Pudsey.’

Another objector said he ‘doesn’t live in Piccadilly Circus’ and he ‘wouldn’t either’.

“The request must be dismissed.”

A total of five objections were submitted to the board.

A decision should be made by May 16 on the second proposal.

What value do we place on the Heritage City label?