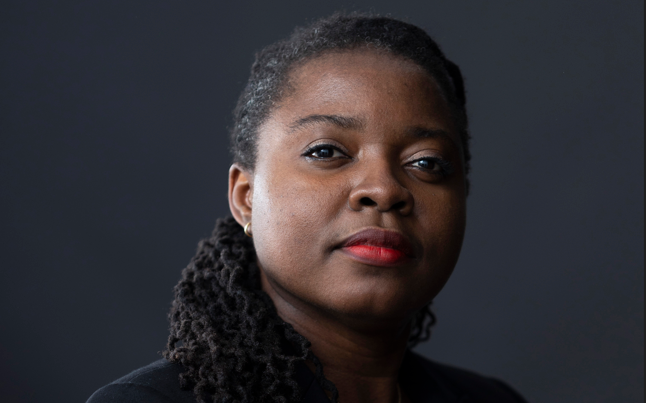 According to a statement on Wednesday, the research, published by SAGE, an international journal publisher, focused on a new perspective of individualized work arrangements between an employee and an organization to improve employability.

The to research is titled “Temporal Contexts and Actors vis-à-vis the Timing and Creation of I-deals: Evidence from Nigeria” and was accepted by the influential group of journals and the leadership of the organization in July 2022.

The article was co-authored by Sara Chaudhry and Maryam Aldossari of Birkbeck University London and Aston Business School and published on September 26.

I-deals, according to the document, are conceptualized as “voluntary personalized agreements of a non-standard nature negotiated between individual employees and their employers” at distinct points in the employment life cycle.

Ayeni obtained a bachelor’s and two master’s degrees in Ibadan, Lagos and Edinburgh, respectively, and is currently completing a doctorate in management at Edinburgh University Business School.

While commenting on the research, she said that 62 participants working in three service-oriented organizations were surveyed about employers’ and employees’ perspectives on I-deals over two years in the UK and Nigeria.

She said 40% of participants said they negotiated and received I-deals either during hire (ex-ante) or after hire (ex-post), while 100% of all managers surveyed disclosed that they had granted I-deals to direct reports at one point. time or the other.

Ayeni added that the three organizations surveyed employ over 375 employees and have a turnover of over N7 billion.

“It is an honor not only to have the first empirical article of my PhD published by SAGE, but also to be recorded as the first such research work not only from my home country of Nigeria, but from all of Africa,” Ayeni said.

“As the world of work continues to rapidly evolve and the employer-employee dynamic witnesses reinvention and reimagining, I believe the field of management will benefit from paying attention to the nuances that shape the experience. of I-deals and its management.

“Very few empirical studies examine the responses of employers/managers (such as HR managers, supervisors, and management teams) to time constraints that can limit I-deals.

“Our broader consideration of organizational actors that explicitly included employers/managers highlights that a range of tactics such as delaying timing, offering alternatives, supporting negotiations and initiating I-deals are strategically deployed by these agents to (re)construct temporal constraints. . For example, strategies involving a time frame may involve a promise of future ideals.

“Due to technological advancements evidenced by increased automation and growing demand for employees with skills in critical thinking, data analysis and problem solving, Nigeria has experienced a glaring shortage of skills, so much so that employers are doing everything they can to retain talent, including awarding and offering I-deals.

“The aftermath of a global pandemic, rapid technological advancements and the growing need for organizations to attract, engage and retain talent have impacted the increase in demand for I-deals. Therefore, Employers will increasingly have to rethink how best to personalize the employee experience through I-deals, we-deals, or by offering cafeteria-style perks.

Speaking about the paper, Michelle O’Toole, head of the organization studies group at Edinburgh University Business School, described it as “world-class research” that provides skills for future employees.

“As a research-intensive Russel Group University, we pride ourselves on the innovative and exciting research conducted by our esteemed doctoral fellows. Our PhD program helps each of our candidates produce world-class research, providing them with future-ready skills to pursue the path they choose,” O’Toole said.

“This article, led by Dotun, is important because it highlights a context that has so far received little research attention and demonstrates our support for research diversity – in particular, the potential to offer insight into issues affecting the African continent. ”

Yannick Griep, editor of Group & Organization Management (GOM), praised the article, adding that “we are pleased to be associated with this article because of its importance for African workers and their employers. As an international journal for scholars and practitioners, we offer all scholars the opportunity to share their research, reaching millions of readers around the world and causing change”.