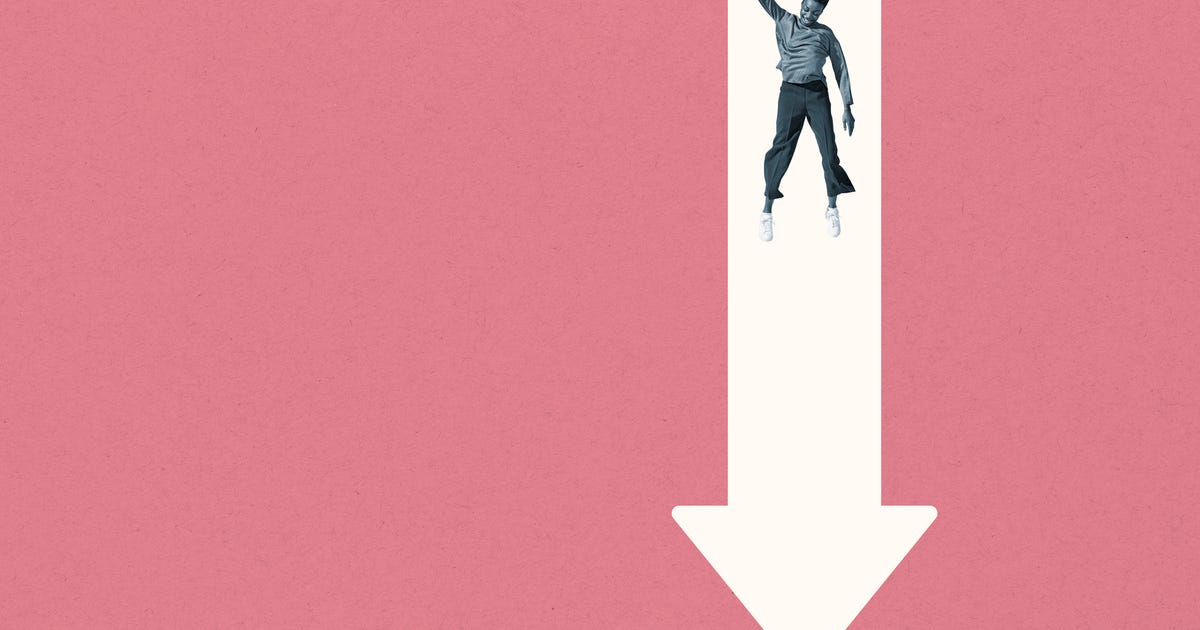 After graduating from Syracuse University in 2009, Nick Shekeryk was facing a total of $93,000 in student debt.

Then, last year, he did something tens of millions of borrowers of his generation couldn’t: he paid it all back.

His student loan path had been anything but smooth so far. For more than a decade, due to his high balance, monthly payments ate up a considerable portion of his budget. Due to the interest on the loan, he could barely dent his principal and could not put money aside to save or invest. The debt burden was affecting his relationships, preventing him from planning for the future. “I was ready to deal with it for the rest of my life,” Shekeryk said.

Well into their adult lives, millennials find it impossible to meet the financial goals of their parents or grandparents. A 2018 study published by the Center for Household Financial Stability found that people born in the 1980s are at the greatest risk of becoming the “lost generation” for accumulating wealth. Young adults today face declining mobility, decades of stagnant wages, and broader economic uncertainty. Millennials also have the highest debt burden, making them particularly vulnerable to financial instability.

After meeting with a financial adviser in 2020, Shekeryk and his wife decided to take advantage of the pandemic-era pause on student loan interest and payments, and threw away every spare penny to bring the balance down to zero. “I’m lucky enough to make enough money in a two-income household that we can do this,” said Shekeryk, now 37. “We didn’t have kids yet, some people don’t have the same luxury.”

In 2021, there were nearly 45 million student borrowers in the United States, with an average debt per borrower of over $31,000. While the White House recent student debt cancellation plan was welcomed by many, for other borrowers struggling with high monthly payments and bloated balances, partial relief barely makes a dent.

On average, tuition fees tend to increase by around 8% per year, according to Finaid, which means that the total cost of a university education doubles every nine years. The dramatic increase in debt due to the costs of higher education is having a profound collective impact on today’s young adults, both economically and socially, creating a widening wealth gap compared to previous generations.

According to Anya Kamenetz, author of the 2006 book Generation Debt, student loan debt is “a significant headwind” for millennials, who range in age from their mid-20s to early 40s. Student loan debt undermines prospects for wealth creation and means “waiting longer to marry and have children, making people less likely to own homes, start businesses, or leave their hometowns,” Kamenetz said.

Plus, because the job market as a whole is more volatile, earning a four-year college degree doesn’t offer the same job stability as it did a generation ago, according to Natasha Quadlin, associate professor in sociology at the University of California. , Los Angeles. While it can still open doors and increase career opportunities, there is no guarantee that a college degree will lead to a reliable income unlike older generations.

Moreover, university degrees do not help reduce the income gap between workers of different racial and ethnic origins. In fact, the disproportionate debt black students incur to fund their education reinforces the racial wealth gap, according to the Brookings Institution.

Another factor in the millennial wealth gap is the fact that younger generations face higher health care expenses and rising costs of living while earning significantly less. A 2019 report by think tank New America showed that the median earnings of workers aged 18 to 34 were 20% lower than those of the baby boomer generation at the same age. The study noted that “Millennial families feel burdened with debt, disillusioned with the erosion of the social contract, and frustrated that the promise of the American Dream and financial stability seem out of reach.”

And now, many households are facing two generations of student debt – Gen Y parents and their older Gen Z children. According to Kamenetz, this could lead to new challenges, with more students” trading” on their dreams, attending community college or trade school, or taking longer to graduate.

A debt that seems eternal

Student debt has hampered the long-term goals of Jess Meoni, a 32-year-old graphic designer from Scranton, Pennsylvania. Meoni earned her undergraduate and graduate degrees from Marywood University and racked up a total of $50,000 in debt — and that after receiving scholarships and tuition to work on campus.

Because her parents didn’t go to college, Meoni didn’t have much guidance on how to pay for her education. Still, she felt she had a good idea of ​​how much debt she was taking on to go to school and believed it was necessary to achieve her career goals. “I was not oblivious to the costs,” she said. “However, I was worried about other things at the time. I wanted to be a graphic designer and thought I couldn’t find a job without a bachelor’s degree.”

Like Meoni, students graduating from high school today often feel they have no choice but to pay the sticker price for a four-year degree because it seems like the only path to a job. viable. Yet, because these borrowers are young, they cannot always assess the total financial burden they bear for decades in their adult lives. Being responsible for regular monthly payments of hundreds of dollars or using a large percentage of net income to pay off debts isn’t always tangible for an 18-year-old.

Combine that with the fact that students live in a competitive environment, often encouraged by their parents and guidance counselors to attend the most expensive, top-ranked university. “You have this dynamic of families and students pushing for more of everything and then the family wondering how they’re going to pay for it,” said Jennifer Finetti, director of student advocacy at ScholarshipOwl, an education technology platform. .

Today, Meoni is chipping away at the remaining balance of her $27,000 student loan, paying around $500 a month — more than her minimum, but less than she wants. “At this rate, it will take a few more years to pay off,” she said. But, like other millennials, she is simultaneously paying off a car loan and credit card debt.

Meoni’s student debt has forced her to set aside some of her biggest life goals. “I really don’t think I’ll ever buy a house,” she said, noting her aversion to taking out other loans. But sometimes Meoni thinks otherwise. Since she will be repay the debt for the rest of his life anyway, why not get more?

Rethinking the way we think about higher education

Both Shekeryk and Meoni said they would likely do things differently if they could go back in time, such as attending community college for a few years to save on tuition. But Finetti noted how an affordable route doesn’t always seem like an option, given the societal stigma surrounding community college. In fact, enrollment in two-year colleges has declined significantly in recent years, accounting for more than half of undergraduate enrollment losses since the pandemic.

“The bottom line is that students should focus on an affordable path to college,” Finetti said. While President Joe Biden endorsed in August widespread student loan forgiveness of $10,000 or $20,000 for borrowers, Finetti noted that this is unlikely to happen again in the future. Additionally, this measure only provides relief for student loans issued before June 30, 2022, so future loans are not eligible.

What can be done to tackle the growing wealth gap rooted in student debt? Ultimately, Finetti said the only thing parents and students can do is explore all of their options and be realistic about the impact student loans have on their family’s financial future.

But that’s not always enough. Even with a hands-on approach, Finetti noted that “it’s often much more expensive than expected.”

The Student Loan Forgiveness Application is now available on the beta website. How to submit the form