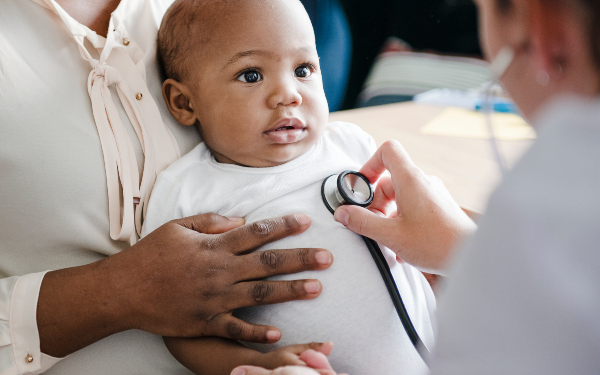 Councils should stop automatically triggering child protection inquiries under Section 47 of the Children Act 1989 in response to bruising in pre-mobile infants, government advisers have said.

The Child Protection Practices Review Committee made the call in a briefing released last weekas the research found that an increasing number of authorities had policies that required a section 47 investigation or a strategic discussion to decide whether such an investigation should take place, in these cases.

This is despite the fact that researchers have found that accidental bruising of pre-motile infants is not uncommon.

The panel, whose role is to review and learn from serious cases, said it does not support policies that require Section 47 or other interventions ‘without an initial assessment of the circumstances of the presentation’ .

He said children should be examined by a suitably qualified medical professional, including to check whether a medical condition could have contributed to the bruising. In addition, a multi-agency discussion, involving the health professional reviewing and considering any other information about the family, should take place to determine whether assessment or interventions to support the family or protect the child should follow.

The panel urged councils and their safeguarding partners to review their policies to ensure they were in line with the evidence base and national guidelines.

The panel briefing cited a 2020 evidence review by the Royal College of Paediatrics and Child Health (RCPCH) which found that the rate of accidental bruising in pre-mobile infants ranged from 0 to 1.3%.

But the research papers that fueled this review found that rates in infants who weren’t yet rolling or crawling ranged from 0.6% to 5.3%, based on a single observation of them .

The panel said this meant the incidents were, while rare, not unheard of.

In an as yet unpublished paper reviewed by the panel, Andy Bilson, a social work scholar, and Alessandro Talia, a mental health researcher, challenged the RCPCH’s view that accidental bruising was rare among pre-mobile infants.

They said that one of the studies being considered by the RCPCH (Kemp et al, 2015) found that 27% of pre-motile infants had a bruise on an average of 7.6 weekly observations.

“This challenges the idea that bruises in general are reliable indicators of future damage,” they said.

Despite this, Bilson and Talia found that an increasing number of tips automatically triggered child protective processes when bruises were identified in a pre-mobile infant.

Below Working together to protect children, strategy discussions should take place when there are reasonable grounds to suspect that a child is suffering, or is likely to suffer, significant harm, and should consider whether a section 47 investigation should take place .

The 35 who followed either path were up from the 13 identified as doing so in 2016, based on analysis of 91 available bruising policies (Bilson, 2018).

Bilson and Talia found that, as in 2016, most policies required an immediate referral to children’s social services and a bruising assessment by a pediatrician, with the police called if parents refused to have their child seen by a professional. of health.

They also found that 18 policies stated that accidental bruising was very rare and highly predictive of non-accidental injury, with 35 stating that reviews of serious cases showed that staff had underestimated the severity of bruising, which prevented injuries. more important.

They said this showed that concerns about “staff underestimating the severity of bruising in infants appear to have led to an exaggeration of risk in these procedures and a decrease in discretion by front-line staff, with potential harmful overreaction”.

Their research also found widespread differences in how protocols define a pre-mobile child, with half of authorities – including the seven that mandated a Section 47 – defining it by age (under six months) and a quarter having no definition. The rest differed between those who considered children who rolled as pre-mobile and those who said the opposite.

They added: “Policies need to be more strongly based on research evidence and make appropriate recommendations to help frontline staff make better judgements, enabling them to build relationships rather than develop suspicion. “

National Institute for Health and Care Excellence (NICE) guidance, last updated 2017states that medical professionals should suspect child maltreatment in cases of bruising in infants who were not independently mobile.

In such cases, professionals should refer cases to children’s social services, in accordance with local multi-agency protection agreements.

In its briefing, the Child Protection Practices Review Committee said it was broadly supportive of the NICE guidelines, but recommended that they be extended beyond health, to other professionals , including in social care for children, and should define what is meant by not independently mobile.

The panel said this should encompass children who were not able to crawl, navigate or move downstairs, without excluding those able to roll. However, he said special consideration should be given to the risks of those who cannot ride.

Procedure recommended by the Panel

He opposed policies that triggered Section 47 investigations or other interventions without assessment, and instead proposed that there be:

This should “consider whether the current guidance could be updated to present a more consistent and clearer message, avoiding the dangers of over-intervention while maintaining a critical stance”.

In response to the panel presentation, Association of Directors of Children’s Services President Steve Crocker said, “Our work with infants and very young children is particularly challenging because they are unable to tell us what happened to them or how they are feeling, so their safety and well-being is always our primary concern.

“This is a complex area of ​​work that requires all agencies to work together to assess the available evidence to determine whether a situation is causing or has the potential to cause significant harm. Although research in this area is limited, professionals work within nationally recognized legal guidelines, supplemented by specific guidelines published by NICE and the Royal College of Paediatrics.

“This briefing provides an opportunity for local partnerships to reflect on their processes and procedures, at the same time the panel helpfully called on the Department of Health and Social Care to take stock of the resources available to support protection practitioners to take on their role.”

Inouye Fellows, Recipients to Use Late Senator’s Archives for Research