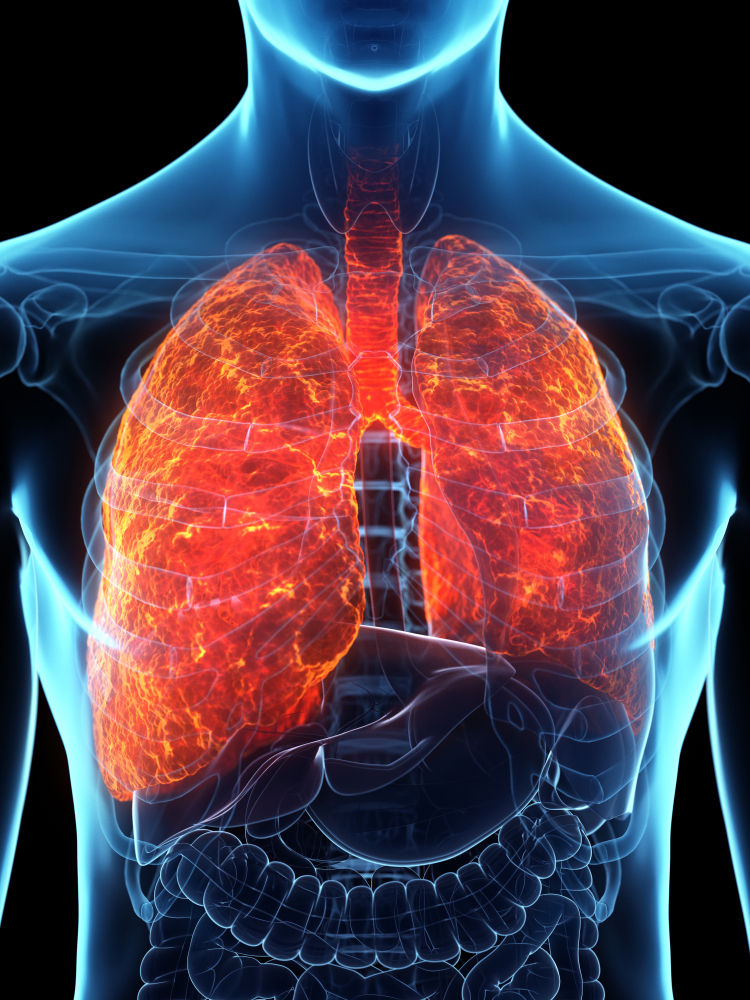 Poor sleep is associated with a significantly increased risk of life-threatening flare-ups in people with chronic obstructive pulmonary disease, or COPD, according to a new study supported by the National Institutes of Health. The risk of these flare-ups – sudden episodes of worsening breathing – was 25% to 95% higher in people who had poor sleep than in people who had good quality sleep. The results suggest that poor sleep may be a better predictor of flare-ups than even a person’s smoking history.

The observational study, one of the largest to examine links between sleep quality and COPD flare-ups, was largely funded by the National Heart, Lung, and Blood Institute (NHLBI), part of the NIH. Its findings appear online June 6 in the journal Sleep.

COPD, a progressive and incurable lung disease that makes it difficult to breathe, affects more than 16 million adults in the United States and is a leading cause of death. COPD flare-ups, also known as exacerbations, can last for days or even weeks and are triggered by a variety of factors ranging from pollutants to cold and flu viruses. Poor sleep can weaken a healthy person’s immune system and make them more susceptible to colds and flu. and this vulnerability may increase in people with COPD.

Although scientists have long known that people with COPD often experience sleep disturbances, the role of lack of sleep as a trigger for COPD exacerbations has been understudied, with major research on this topic providing conflicting evidence. The current study fills an important gap in knowledge, according to the researchers.

“Among those who already have COPD, knowing how they sleep at night will tell me a lot more about their risk of a flare-up than whether they’ve smoked for 40 years or 60 years,” said the lead author. study, Aaron Baugh, MD, clinician. University of California San Francisco Medical School Fellow and practicing pulmonologist. “This is very surprising and not necessarily what I expected coming into this study. Smoking is such a central process in COPD that I would have predicted it would be the strongest predictor important in the case of exacerbations.

For the study, researchers followed 1,647 people with confirmed COPD who were enrolled in the study on subpopulations and intermediate outcome measures in COPD (SPIROMIC), a US-based, multicenter, longitudinal study funded by the NHLBI and the COPD Foundation and designed to assess COPD subpopulations, outcomes, and biomarkers. All participants in this specific study were current or former tobacco smokers with a confirmed diagnosis of COPD, and they underwent at least one initial sleep assessment upon enrollment.

They found that in general, poor sleep quality was strongly associated with a higher number of COPD flare-ups. Compared to participants with the best possible sleep, those who were at the threshold or baseline level of poor sleep were 25% more likely to have a COPD flare-up within the next year. Those who slept the worst had an almost 95% increased risk of having a COPD exacerbation within the next year.

Although the findings apply to all races and ethnicities, the study is particularly relevant to black Americans, Baugh said. Indeed, previous studies show that this group tends to have poorer sleep quality than other races and ethnicities. As poor quality sleep is now linked to worse COPD outcomes, the current study could help explain why black Americans as a group tend to fare better when they have COPD, compared to other racial and ethnic groups, the researchers suggested.

“Our work provides a strong rationale for paying more attention to sleep than in the past, both from a clinical and research perspective,” said Baugh, who has a particular interest in studying COPD disparities. . “Although we now know that sleep quality can predict future exacerbations, we don’t know if improving sleep quality will lead to direct improvements in COPD outcomes. We encourage future studies that can examine the impact of interventions, whether at the individual or community level.

Marishka Brown, Ph.D., Director of NHLBI’s National Center for Sleep Disorders Research, agreed that this study is an important step. “Sleep has not been widely studied as a modifier of COPD outcome,” Brown said. “This study adds to a growing body of knowledge demonstrating the detrimental effects of poor sleep on overall health, but can be particularly damaging in people with devastating pre-existing conditions, such as COPD.”

The research reported in this study was supported in part by grants from the NHLBI (U01 HL137880,

To learn more about sleep deprivation and lack of sleep, visit https://www.nhlbi.nih.gov/health/sleep-deprivation/health-effects.

About the National Heart, Lung, and Blood Institute (NHLBI): NHLBI is the world leader in conducting and supporting research into heart, lung and blood diseases and sleep disorders that advances scientific knowledge, improves public health and saves lives. For more information, visit www.nhlbi.nih.gov.

About the National Institutes of Health (NIH):The NIH, the country’s medical research agency, comprises 27 institutes and centers and is part of the US Department of Health and Human Services. The NIH is the primary federal agency that conducts and supports basic, clinical, and translational medical research, and studies the causes, treatments, and cures for common and rare diseases. For more information about the NIH and its programs, visit www.nih.gov.

Reviews | The debate over the best way to teach reading