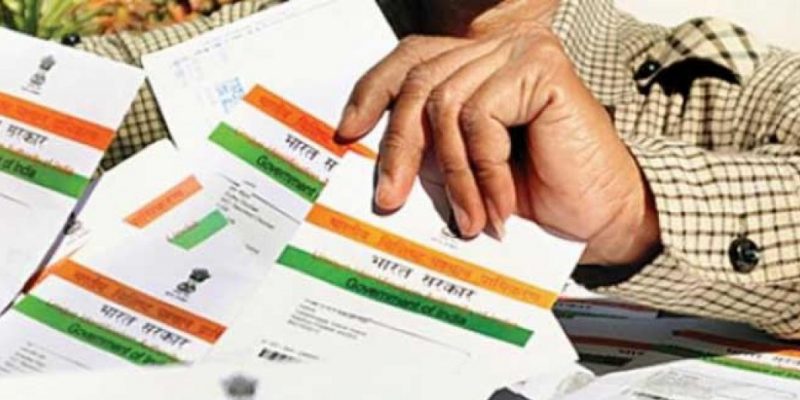 Stressing that far from cleaning up the electoral lists, as the Election Commission claimed, this decision will create a massive deprivation of the right to vote and increase electoral fraud, the signatories called on the EC to withdraw the â€œdangerousâ€ proposal.

The statement signed by the above notes that the right to vote cannot be affected by irresponsible database linking and the use of an opaque algorithm to “verify” identities. â€œTechnological solutions cannot replace responsible administration. Timely door-to-door verification of voters remains the most effective method of updating voter lists and ensuring the accuracy of voter data, â€the statement said.

Noting that the Election Commission proposal would violate the judgment of the Supreme Court of India in the Puttaswamy case, which limited the use of Aadhaar authentication to only welfare programs and to link to PAN numbers for income tax purposes, the statement described areas of potential harm:

First of all, Aadhaar is not proof of the right to vote. Aadhaar is not, and was never intended to serve as proof of citizenship, that is why Aadhaar numbers have been assigned to all residents and not to citizens. Under the People’s Representation Act, only citizens residing in India have the right to vote. Tying the two together makes no sense, and would be without merit – besides being a colossal waste of public funds. The deletion of voters on the basis that their records in the EPIC database match Aadhaar records has no legal basis.

Second, such a proposal will almost certainly result in a massive deprivation of the right to vote. This is not the first time that the government has tried to link Voter ID and Aadhaar to â€œpurifyâ€ the electoral rolls. In 2015, the central government introduced the National Voter List Purification and Authentication Program (NERPAP), and during Aadhaar’s challenge, the Supreme Court issued an interim order on August 11.e 2015, asking the ECI to suspend the link with the voters of Aadhaar. As was never authorized by the Supreme Court in its final judgment and order, to do so would be in violation of the Supreme Court judgment. Despite this, there has been widespread misuse of Aadhaar’s data. In 2018, the Chief Electoral Officer of Telangana and Andhra Pradesh linked Aadhaar’s data to voter ID cards. In 2018, during the election of the Telangana Assembly, people found out that at least 55 lakh voters had been arbitrarily deprived of his rights. It was only after public outrage over these arbitrary cuts that the government overturned this decision.

Previous attempts to use Aadhaar to “clean” the databases of other government registries, such as MGNREGA and PDS, have resulted in massive deprivation of the right to vote and thousands of citizens have been arbitrarily removed from the systems without notice. For example, a Jharkhand study found that 90% of the ration cards canceled as “fake” during the Aadhaar link were real.

In 2018, even the CEO of UIDAI admitted that the authentication failure for government services reached 12% – this results in millions of affected people. A recent J-PAL study in Jharkhand also found found this Aadhaar-based verification “did not reduce inclusion or leak errors or did so at the cost of increased exclusion error”, with a high error rate ranging from 22% to 34% reduced disbursements. Once lost, Aadhaar turned out to be almost impossible to get back; whereas for voter cards there are simpler and better defined ways to replace a lost voter card.

Third, such a proposition is more likely to to augment electoral fraud. Linking Aadhaar would dilute the sanctity of the voter ID database. As we pointed out in 2019, self-reported errors in Aadhaar, the data would be one and a half times higher only errors in the electoral database. The assumption behind the proposal to link the two databases is that the authenticity of individuals’ records in the Aadhaar database will be used to determine the authenticity of a record in the Voter ID / database. EPIC. However, given the widespread data quality issues in the Aadhaar database, this exercise would reduce the sanctity of records in the voter ID database.. Data quality issues in the Aadhaar database – a result of inadequate registration practices and the lack of effective correction mechanisms – have been widely documented – including false entries and incorrect details. The UIDAI itself admitted this in different jurisdictions, and several jurisdictions refused to accept

Aadhaar as proof of birth or identification. More recent research has also shown that the Aadhaar-PAN binding has introduced fraudulent entries into the system.

Fourth, biometric authentication for voting should not become a requirement. There are many reports of famine deaths in states due to lack of Aadhaar link, biometric failures, lack of adequate infrastructure and lack of adequate grievance mechanisms in the implementation of the ‘UIDAI which has been thoroughly exposed by the Right to Food Campaign. Fingerprints don’t work for many people, especially those who work with their hands and the elderly, and facial authentication is inaccurate and prone to errors. The UIDAI has sought to circumvent inaccuracy and biometric authentication issues through a poorly designed â€œnominee systemâ€ and OTPs in the case of welfare programs.

How will it work in the event of a vote? Will we have to send family members to vote instead, if our fingerprints don’t work? It is also relevant to mention that voting booths are sometimes set up in remote locations, where voting must be treaty manually. Even the EVMs are not connected to an internet connection, to avoid any kind of falsification. In such places, how will biometric verification work in the absence of the internet?

Fifth, linking these two databases would constitute an infringement of the right to privacy and abuse. We seriously fear that such a proposal violates our constitutional and fundamental right to privacy and the secrecy of the vote. India currently has no data protection laws and the current personal data protection bill provides broad exceptions for the government. Any attempt to link Aadhaar to voter IDs would lead to demographic information that was linked to Aadhaar being linked to the voter database. This creates opportunities for denial of the right to vote on the basis of identity, increased surveillance, targeted advertising and commercial exploitation of sensitive private data.

In 2019, the Cambridge Analytica scandal demonstrated the disastrous impact that deep and invasive voter profiling has had on individuals and on democracies. We have seen it in India: more recently the Madras HC asked the Election Commission to examine the allegations against the Bharatiya Janata Party that he was illegally using Aadhaar voter data in Pondicherry for having achieved political gains during the legislative elections. In 2019, a investigation revealed that data could have been extracted from the UID database in order to remove the names of voters in Andhra Pradesh – the names were taken from the voters lists.

This could be particularly damaging to minorities – a 2018 report found that 20% of Muslim adults were missing Karnataka electoral rolls. We have learned from other countries how a single piece of ID to vote leads to greater deprivation of the right to vote. In some cases, onerous identity requirements are used to prevent people deprived of their right to vote.