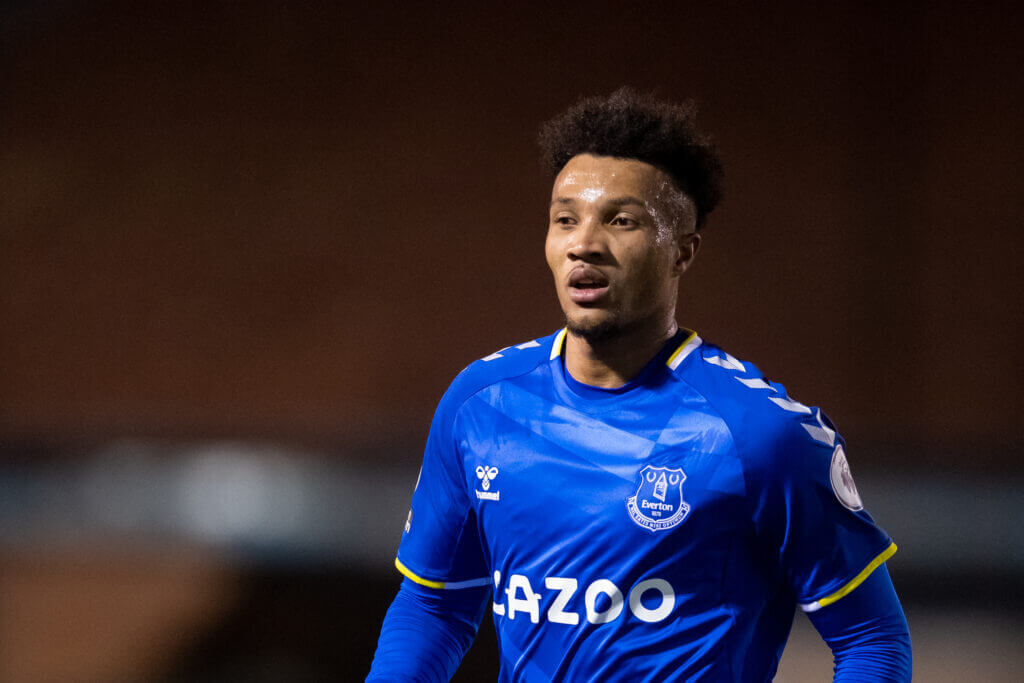 For Jean-Philippe Gbamin, it threatened to be a case of bad timing and typically bad luck.

The forgotten Everton man headed for a new chapter in the Russian capital on February 21 – a loan move to CSKA offering the chance to resurrect a flat career.

Three days after the midfielder’s arrival, Vladimir Putin’s forces invaded Ukraine and the international community turned against Moscow. Uncertainty about everything, including football, reigned.

FIFA said foreign players on loan to Russia could legally break their contracts and return home, but Gbamin decided to stay and Moscow was expected to prove an effective sanctuary.

While he hadn’t quite come to the end of the road at Goodison – he still has two years left on his contract after signing a five-year contract in the summer of 2019 – the Ivorian has been stuck in the hard shoulder of the Premier League.

His last start for Everton was at Wolves in November, and the 26-year-old – recently recovered from the latest in a long series of injuries – was so tactically exposed and rusty after two years without action that he had to be substituted at half-time with the visitors overwhelmed in midfield.

Rafa Benitez later described the situation as “complicated” and preferred to use centre-back Mason Holgate and youngster Tyler Onyango in midfield for the following matches. In January, however, it looked simple enough for Gbamin.

With Frank Lampard becoming the fourth permanent manager since joining Everton from Mainz, a choice of former director of football Marcel Brands, it was time for him to move elsewhere if he wanted to play football.

Gbamin had little time to acclimatize to -4 degrees in Moscow or train with his new teammates after his transfer. Four days after his arrival, he was named in manager Aleksei Berezutski’s starting line-up for the Russian Premier Liga opener against Spartak Moscow following the league’s winter break.

It was a brilliant start. CSKA won 2-0 and Gbamin played 90 minutes in the Moscow derby at Otkrytie Bank Arena. He started in the middle of a four-man midfield alongside another new loanee, Lille player and Turkey international Yusuf Yazici.

Gbamin will complete 90 minutes in CSKA’s next four games: three wins and one draw.

He scored in a 6-1 thrashing of Rubin Kazan, pushing into the net from close range.

“He was consistent in his first five or six games and filled a problematic role in the defensive side of central midfield,” said Russian Premier Liga commentator Alexey Yaroshevsky, who followed much of the move from Gbamin at CSKA.

“He helped provide stability and did a lot of tackling. He was very physical. The RPL are not at the same level as the English Premier League but they looked comfortable.

“I thought at this stage he looked like the type of player they would want to keep if they wanted to continue.” The midfielder looked so impressive that he even earned a training ground nickname – ‘The Gbaminator’. 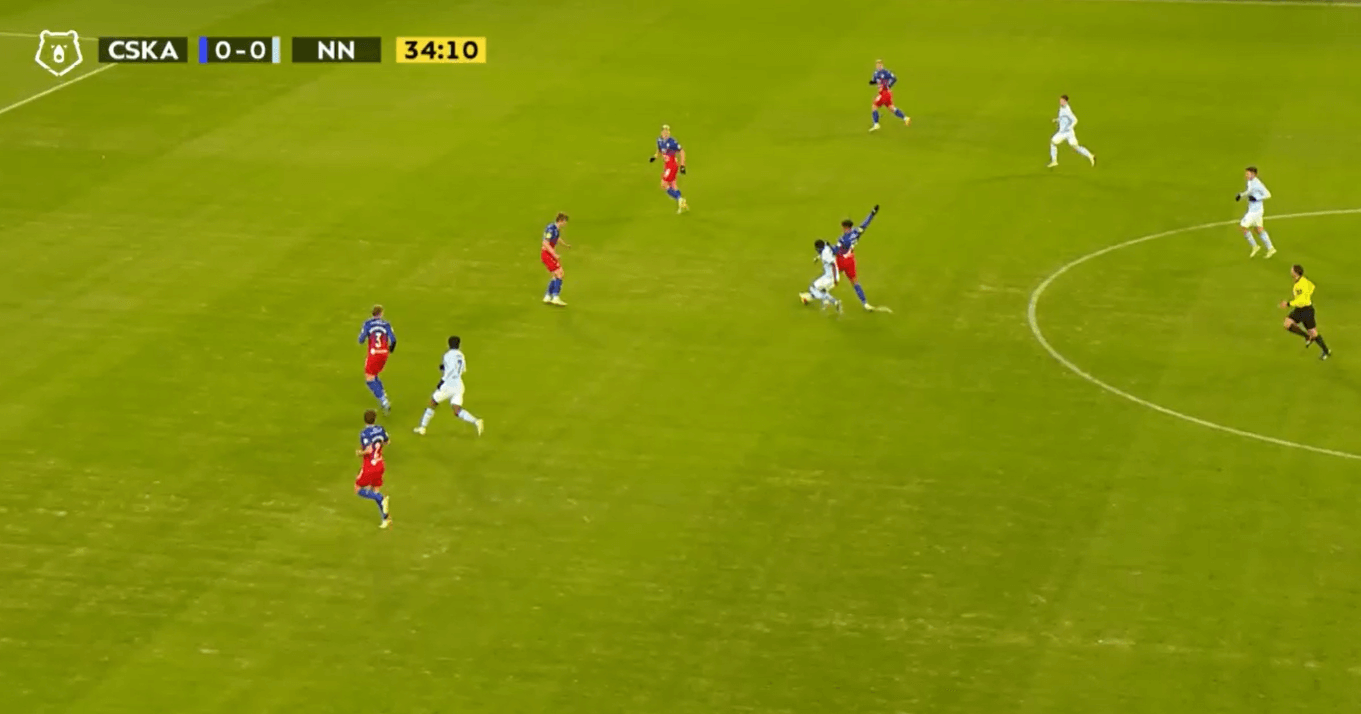 Gbamin, playing in a defensive midfield role, made a vital tackle to stop an attacking breakaway in his side’s win over FK Nizhny Novgorod in March. 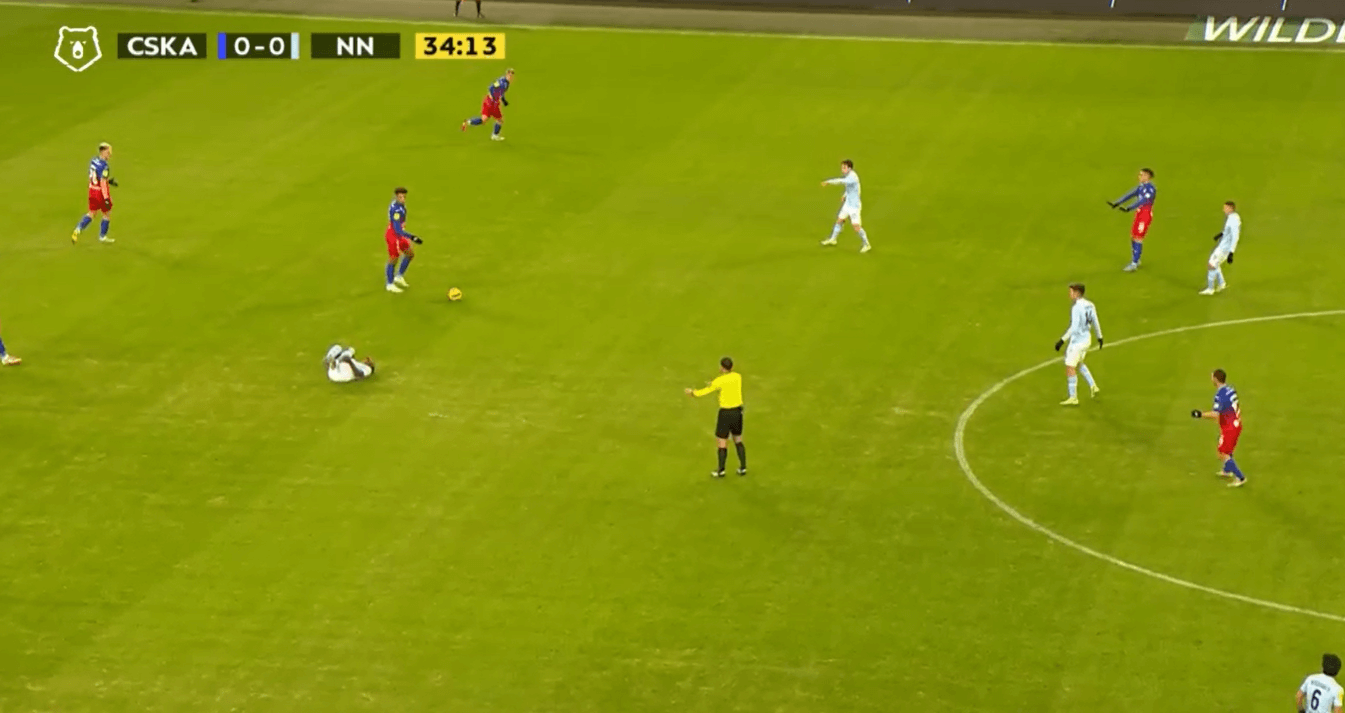 At this point however, CSKA’s form ran into a problem. Beating Kazan would be their last win for over a month, and Gbamin’s new club would win just two of their subsequent eight matches before a disappointing fifth place finish.

Andrey Pankov is a Championship sportswriter who covers CSKA and believes Gbamin was the least convincing of the club’s six signings in January.

“At first he was really good,” he said. “He played very well in the middle and made some nice passes, but after two games he reduced the demands on himself considerably. He stopped working in defense and it’s hard for me to single out his best moment.

For Pankov, there were no man-of-the-match performances, and he thinks CSKA fans would say the same.

There have also been reports that Gbamin spends too much time in Moscow nightclubs, raising questions about his lifestyle.

Athleticism understands that the Russian club are unlikely to try to sign him permanently, although CSKA head scout Andrey Movsesyan was enthusiastic in his praise as Gbamin bid them farewell.

“I believed in you and I’m satisfied,” he wrote on Instagram. “I really appreciate your decision to transfer to CSKA. I hope one day we will work together again. Who knows what might happen? Good luck.”

It’s a sentiment that applies to Gbamin’s next stop on Merseyside. Few know what will happen.

It won’t be until Lampard and his coaching staff return to Finch Farm after their vacation that they will decide whether the man who has made just eight appearances in three years out of injury has a future at Everton.

The midfield is an area Lampard will be looking to strengthen and he’s likely to want to watch Gbamin train properly before making a move, although offers for his services in the interim won’t be dismissed. Everton need to weed out peripheral players in order to free up transfer funds.

On a personal level, Gbamin will have been happy to play so much football – even if the second half of his time in Russia couldn’t match the first.

A player so battered by misfortune in England has at least proven he can stay fit, contribute to a midfield and there is life for him after Goodison.

Fast loan scam: Here’s how it works and why Lloyds Bank has issued an urgent warning

Demand may be too high for Saskatchewan. economic development loan program