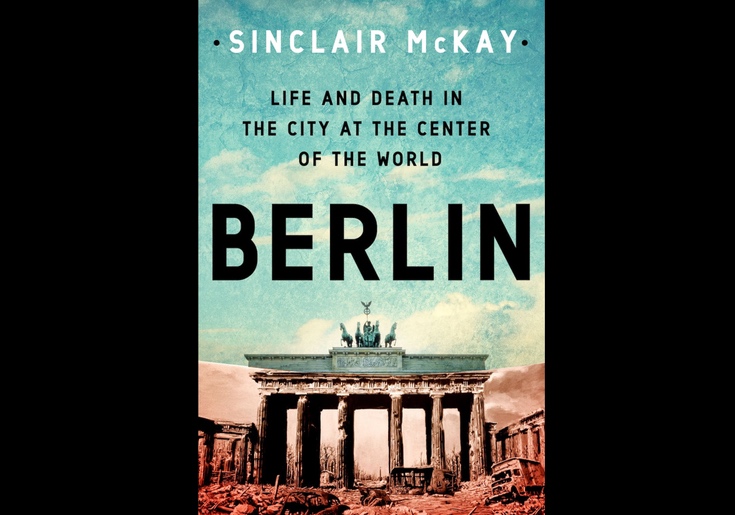 Berlin is a wonderful read. The author doesn’t just cram prose like an oversize New Yorker room. Focusing on the essentials, he wraps his story in a dazzling dramaturgy that makes the reader want to browse more than 400 pages.

An accomplished storyteller, Sinclair McKay writes like a journalist covering the past, but he knows his stuff, as illustrated by a 17-page index and 33 footnotes. The research is as exhaustive as any academic treatise. , but the style is journalism at its finest – with a lively turn of phrase and a keen eye for the details that matter. Those interested in Germany during its darkest times of the 20th century will be summoned. The book holds the attention of amateurs and experts alike.

That said, this reviewer ends on a note of frustration. Where are the chapters that expand the knowledge of the book beyond its main focus on the first half of the 20th century? What about Berlin before and after – during the rise of the new Reich and especially after the fall of the Wall?

These are not cruel questions, because the “before” counts as much as the “after”. Presumably, McKay did not want to revisit an area, which English-speaking historians have already plowed. In his Berlin, a massive tome published in 2000, David Large begins with Bismarck and concludes with “The Republic of Berlin” after reunification. Even heavier is Alexandra Richie’s Metropolis of Faust from 1998 with its 1,100 pages. Its starting point is the 16th century; it also concludes with a chapter on “The New Capital”.

Why the “yes, but?” You cannot explain the triumph and tragedy of Berlin without going back to the “original sin” of the Reich, when, in 1871, Bismarck shattered 25 little Germanys into one big one. Germany was now too strong for Europe, but too weak to dominate it; hence the second Thirty Years’ War (1914-1945) which reduced the new mastodon to nothing. Such a curtain raiser is essential to the drama that follows: two world wars, Nazis. Holocaust and all.

McKay compresses Berlin’s resume. Essentially, it covers the period between the two world wars, with a brief excursion to the German Democratic Republic, the former communist “counterstate” of West Germany. What about the new Berlin, already 32 years old, of which little is known?

Instead, the reader is treated to numerous chapters on the rise of the Nazis and their bloody fall on VE Day in 1945. They are top notch, sparkling with unknown detail. Likewise, the harrowing tale of the fate of the Jews, as they are rounded up for their final journey to the death camps, we relive the unprecedented horror as if witnessing the destruction.

A parallel track deals with the Herrenmenschen, the “master race”, killed in the carpet bombing of Berlin. Again, the author tells the story of ordinary people, the story from the bottom up. Growing up in post-war West Berlin, this critic will never forget a city center reduced to wasteland by American and British bombers, then by the Red Army invasion by the is. Berlin, the author reminds us, was the “new city of light in Europe”. In 1945, the lights go out.

Juxtaposing the fates of murdered Jews and bombarded Germans, the book sheds new light on the historiography of Nazi Germany, and this is its originality. Traditional research has treated perpetrators and victims separately. Now they appear side by side. To ease the guilt, German revisionist historians equated the annihilation of the Jews with “what was done to us” – Dresden, Berlin, et al. McKay, however, neither assimilates nor equivocates. It testifies.

So what’s the downside?

This reviewer sees three shortcomings. One could have closed with a dramatized chapter about Unification 1.0, the birth of the new empire in 1871. Although historians of diplomacy have dealt with the fallout before, the drama presented in Berlin would have benefited from a first act on hubris and catastrophe. It is about the wealth and power that breed blind ambition that breeds double defeat and dismemberment in 1919 and 1945.

A second story that needs amplification is the explosion of arts and sciences, literature, philosophy and technology – not only, but mainly in Berlin. The Riddle: Why out there of all places, in the capital of a Kaiser not exactly enamored with the idea of ​​freewheeling liberal democracy? Why did this miracle continue after World War I, when the Weimar Republic was crushed by Nazi and Communist thugs?

As poverty soared, Berlin became the cultural capital of the West. New York wasn’t there yet, Paris was sidelined after Germany defeated France in 1871, and London was busy with its distant empire. It was a golden age, especially for Jews who flocked to this new Promised Land where they would get a third of Germany’s Nobel prizes until 1932, even though anti-Semitism was rampant. At that time, Berlin’s Jews numbered about 160,000, a third of the country’s total and far more than the 80,000 that McKay counted. A key part of Berlin’s biography concerns these drivers of achievement, a story lightly touched upon by the author.

The third and largest gap in Berlin opens in the present. The city no longer shows the scars of war, but it has not regained its former glory. Naturally, we are curious about the Now, to which the author devotes only a three-page “Afterword”. This is where more would have been better. After all, reunited and democratic Berlin is now more than three decades old, in place longer than the “Thousand Year Reich” (12 years) and Germany’s first democracy, the Weimar Republic (14 years). Savor the difference between the Berlin of yesterday and today. McKay recalls the British historian Eric Hobsbawm: “It was very obvious that the [Weimar Republic] was the Titanic and hitting the iceberg.”

The hungry reader asks: what of Berlin’s reassuring career since the fall of the wall half a lifetime ago? Could Berlin regain the cultural weight befitting the country’s predominance as the world’s fourth largest economy? Berlin is not like the Washington of Marion Barry, who Washington Monthly named “the worst municipal government in America”. But it vaguely resembles a failed state.

Its industrial base, once the largest in Europe, was wiped out during World War II. Banks and businesses fled during the Cold War and did not return. About 40% of the population does not live on earned income, depending on government largesse paid out by a bloated bureaucracy subsidized with billions from the federal kitty. Try to get your ID renewed or plan a wedding date with the municipality, which is mandatory. The new BER airport took 14 years from start to finish; the costs were multiplied by nine due to squalor and laziness.

Weimar Berlin as the “City of Light” was a treacherous promise in the face of the coming darkness. About the home of “Cabaret”, Arnold Schoenberg, Fritz Lang, Albert Einstein and the German Expressionists, all mold breakers, Alexandra Richie writes: “Berlin is a city of myths, legends and manipulation intention of history”. Hype or not, Berlin shone around the world like a beacon of success. Yet in 2003, then-mayor Klaus Wowereit could only joke: “Berlin is poor, but sexy”. Alas, as big cities from Athens to New York show, wealth is the mother of creativity.

Why is Berlin no longer the “center of the world”, as the subtitle of this beautiful book says? McKay has a consoling answer wrapped up in another question: “History never ends,” he asserts in his concluding paragraph, and “who could guess what form the next…Berlin will take?” Add: Can it regain its former greatness or will it continue to play second fiddle to New York, Paris and London? “I never make predictions, even less about the future”, launches a malapropism of Yogi Berra. So put aside the missing pieces because there is another book waiting to be written by the author – about Berlin after the wall, the capital of Germany’s first entrenched democracy that survived Wilhelm, Weimar and Adolf. Not bad, considering his poisonous past.